Harry Potter and the Job Hunt 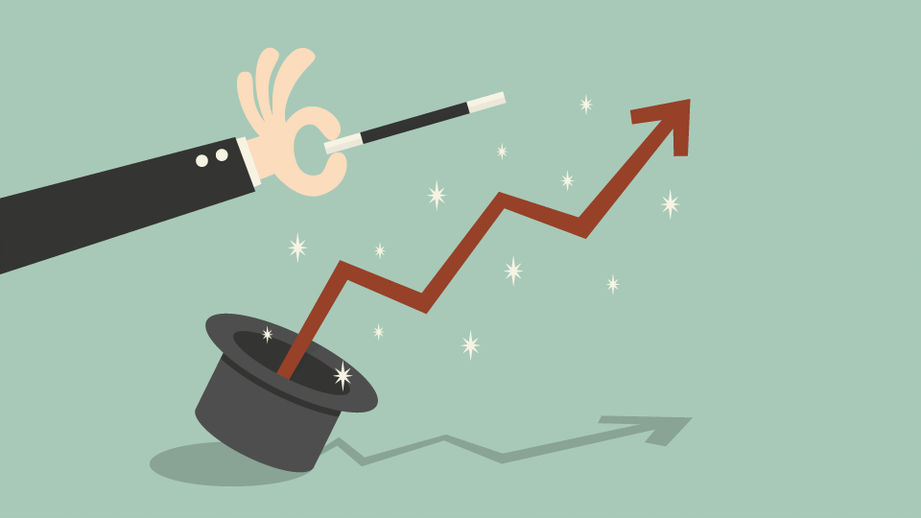 It has been six years since Harry Potter defeated Voldemort, and all was going well. But his job at the Ministry of Magic wasn’t bringing him joy any more. Even though he thought he had thought he wanted to be an auror ever since he learned of the profession, it turned out this was not his Dream Job. Maybe, instead of dark wizards hunt, it was about time to get the job hunt started!

He decided. He will look for a job elsewhere. Ginny was always up for an adventure, and with her skill, she was certain she can find a job anywhere.

Besides, there was a new dark force rising on the horizon. President Trump may not have made Harry’s scar burn, but he sensed something was wrong.

So, the Potters went to America and the job hunt began. In the Muggle world! Mr. Weasley was beside himself with excitement.

Harry Potter and the Numbers’ Game

Harry didn’t know that there were so many opportunities in the Muggle world! Thousands, and thousands! And so much more candidates… What was he supposed to do to get a job?

A quick letter from Hermione, who was currently holding the Minister of Magic position, no big deal, illuminated the way.

The job hunt is a game of numbers. The more applications you submit, the higher the chances of receiving an offer.

‘If you pick out 20 companies you are interested in, and apply with them, you will likely get about 18 responses. These will be invitations for aptitude tests. If you do that many, we can safely assume that the practice will enable you to pass about 12 of them. That means getting 12 invitations for further interviewing – usually, over the phone. Out of these, you will be successful with about half, which gets you 6 assessment day invitations. And if you look at the statistics…’ (Harry was a bit confused here) ‘… you have a ¼ chance to get an offer.’

Harry got it. Twenty applications got him maybe 2 job offers.

He needed to do some research and select 20 to 30 job openings in different companies.

Harry Potter and the Infinite Internet

The Internet is the certified number one place to start the job hunt. And Harry quickly learned why. Even the restricted section of the library didn’t have this much information!

He could go onto websites that ranked companies according to their growth data. And he could search by market segment, job position, professional level, and so on.

Harry found that this was a super-efficient way to learn about companies he might be interested to work for. (He had seen we discussed this in detail in a

This is a list of the 5000 fastest-growing private companies on the US market. You can find in it businesses that focus on training the human mind, exercising the body. Businesses that challenge the reality and dabble in VR, music, 3-D printing. These are cutting-edge advancements that excite even the enlightened muggle. And Harry? Harry was inspired!

There he found information about the most promising new companies, including start-ups and mid-rangers. The Breakout List works by analyzing growth-trajectories and predicts who the likely superheroes will be in the future. So, Harry could find promising companies for 2018, as well as look at the current trends.

Harry was turning into a real job hunt wizard! Okay, Mr. Weasley, who had taken the Potters’ relocation as a real opportunity to learn more about the muggle world, also helped.

‘THE SECRET TO SUCCESSFUL APPLICATIONS, HARRY…’ – Mr. Weasley began over the phone.

‘I can hear you, Arthur, don’t worry, you don’t need to yell’ – explained Harry, amused by the mighty shout that came through the phone.

‘… is to go to the company’s website.’ – Now Mr. Weasley got it. ‘That’s what career advisors say. Often, the big companies expect their applicants to come to them, instead of seeking the applicants out. So, they post their vacancies exclusively on their own webpages. But keep in mind, that you need to check them regularly, things are not available all the time. In fact, there is a period in which job openings are most frequent – between October and February!’

“This is where those 20 companies I selected come in handy again. It is a numbers’ game!” thought Harry, proud of being one step ahead already.

And he had another trick up his sleeve.

Harry knew how to link himself to the companies he’s interested in.

Most of the websites he visited had a ‘Subscribe’ option, and he now received emails, newsletters, and notifications when new positions became available in those companies!

The websites even had the option to save his job search criteria, and sent him only the relevant things. He saved so much time now!

Harry Potter and the Job Boards

Harry knew that the Numbers’ Game needed to be played to the best of his abilities. So, when he applied with all his targeted companies, he decided it would be counter-productive if he sat down and relaxed, waiting for responses to start pouring in.

In fact, he continued to relentlessly pursue offers. He went onto job aggregators. The muggles called them job boards, but he felt weird about that – job boards had used to be physical boards where employers would pin their openings printed on paper.

Okay, the idea was the same, but he just didn’t want to call it like this. Harry could be stubborn this way.

Job aggregators were like Prof. Snape’s potions cupboard – they held an immense variety of po(si)tions.

And Harry didn’t understand even half of them.

Good thing he could narrow down his search.

Harry used a lot of job searching websites. He even developed favorites.

Harry strategically uploaded his resume on some of them, to make it even more likely he will get approached with an offer! Another trick of Harry’s.

Harry Potter and His Smartphone

Harry was beginning to feel like Hermione when she founded SPEW. He was hyper invested in the job hunt, and he loved it! He knew that the more places he looked at, the better his chances. Of course, he needed to remain focused on the market segment he was interested in, but other than that, nothing could stop him!

Even though he was in-between jobs, Harry was always somewhere on the move. To stay up-to-date with the newest postings (and to browse in bed while everyone was asleep at home), Harry installed the best job-hunting apps he and Mr. Weasley could find.

He could apply at anytime, anywhere. And he thought muggles weren’t smart!

Indeed.com, of course, has an app for mobile,

Monster has one as well.

So does CareerBuilder.com. It’s called

“No way you can get confused what that’s about.”, chuckled Harry.

Then there were the rest.

Harry had them all. He almost felt like a Pokémon trainer! (For those wondering, Harry was also bursting with rage when the servers were crashing mid-July last year, same as the rest of us )

Harry Potter and the Recruiting Firms

‘Harry, dear…’ – started Mrs. Weasley in a letter she had sent Harry, along with several batches of pumpkin pastries, and a knitted sweater with the initials of everyone in the family, HGALJ – ‘Ginny told us about the lengths you’re going through to find the perfect job. Isn’t there someone who can assist you? Maybe a recruiting company, or someone nice to help you get the attention of the people you want to work with?’

Harry knew what she had in mind. He had heard of recruiting companies, and head-hunters, but he had been weary of using them until the job hunt started.

But Mrs. Weasley had a point. He should be using some additional sources for the job hunt.

After all, Harry figured, companies were also actively searching for applicants, and they employed recruiters to make the process easier for themselves. They advise the hiring managers and narrow down the candidates list. He needed to get the attention of recruiters.

Like in magic, Harry knew, he needed to have the correct spell, make the specific wand-movement, and have the right idea in mind.

Having the correct spell is what makes or breaks the recruiter’s decision. This is about having the right certifications, years of experience, industry knowledge. It’s a yes or no absolute, and Harry needed to be careful how he conveyed this information.

This boils down to whether Harry had the ability to perform the job. With very few exceptions, the recruiter’s expectations need to be met. If the job requires a specific tool set (like being able to do a financial analysis or performing nonverbal spells), Harry needed to let them know he had it. The level of expertise needed is a gray area, he knew, so it could be negotiated. As long as he could do the job.

Having the right idea determines if Harry would be the right fit in the company’s culture and structure. He might be expected to make decisions as part of a team, or to work predominantly without supervision. He may need to adapt and learn new skills, or have an honest passion for what he does best.

Follow-up questions would determine if Harry is a good match. He needed to keep that in mind for the job hunt.

“Hmm, kind of like in quidditch try-outs,” Harry thought, “I can definitely give recruiting firms a go”.

He contacted the biggest names in the branch…

… and kept an eye glued to internet for others.

Six years had passed since Harry defeated Voldemort, and his new epic adventure has just begun. He’s got the online search under control but there is a whole lot more Harry needed to learn to get the job hunt to a successful ending and emerge victorious from the recruiting process.